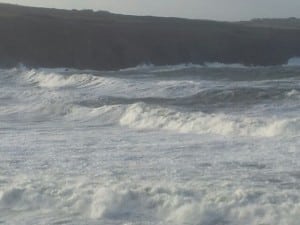 Othello and The Storm

Storm imagery is deeply significant in Shakespeare – cf King Lear, Macbeth and The Tempest. The storm represents chaos in the macrocosm that presages chaos in the microcosm of Othello’s soul. There was no storm in Cinthio’s tale (probable source).

Real storm – Othello entrusts Desdemona to Iago’s care during the crossing. In a tragic sense, he continues to leave Desdemona in Iago’s hands or at his mercy, throughout the play. Desdemona survives the natural storm, which lets ‘go safely by / the divine Desdemona’ II, i, l.68-73. Iago’s storm, an unnatural one, cannot be seen and will destroy her – it’s something so unnatural and malicious that it’s beyond her ken – she has no hope of surviving it. Shakespeare is aware that naivety and innocence may be attractive and laudable but they are also qualities which, if not tempered with experience and wisdom, will make a character very vulnerable.

The storm creates a frightening and uncertain atmosphere which unsettles the audience and renders us aware of the vulnerability of the characters. Cassio comments, ‘I have lost him on a dangerous sea’ (II,i l.46), prefiguring him losing Othello in a worse storm. He explains, ‘the great contention of the sea and skies / Parted our fellowship’ (II,i l.92-3), prefiguring Iago separating them later.

The elements are threatening: they ‘cast water on the burning bear’ and ‘Quench the guards of the ever fixed pole’ (the guards are two stars in the little bear); vital navigation aids are lost to sight, paralleling the psychological world of Othello: ‘passion having my best judgement collided [darkened] / Assays to lead the way’ II,iii..195-8. This shows that Othello has a degree of self-knowledge (this is his natural state of self-awareness) but suggests his underlying vulnerability to strong emotion and difficulty in governing it – which Iago will pinpoint and exploit.

Othello uses storm imagery on several occasions, referring to himself as a ‘labouring bark’ and Desdemona as the ‘calm’ harbour in the storm of life, a common enough image: women were supposed to create a domestic harbour for their men. When his bloody thoughts are sweeping him along he compares them to the Pontic sea, ‘Whose icy current and compulsive course / Ne’er feels retiring ebb, but keeps due on’ III, iii l.461-2.

The sea imagery continues throughout the play. At the end Othello comments, ‘Here is my journey’s end’, the ‘very sea-mark of my utmost sail’ V,ii l.268-9 ie the storm winds of passion lead to the calm of death cf Antony and Cleopatra. It’s also symptomatic of the fact that his moral world is no longer confused – he recognises evil in Iago and good in Desdemona.